Dry sand-blasting is the common method of abrasive grit blasting used on steel surfaces, such as trucks, trailers and cars. Dry Sandblasting of steel will remove rust and any  coatings leaving a clean surface ready to be painted. Dry sandblasting can also be used on paint removal or restoration on wood, and pools. Aeroblast Abrasive blasting commonly uses crushed glass or garnet however we have access to all blast medias when dry sandblasting.

Concrete can be sandblasted for a range of reasons, to provide a non slip finish on walkways which pose a trip hazard, to expose the aggregate to provide a decorative finish or to even write patterns or words using steel stencils into the concrete. Mobile Abrasive Grit Blasting concrete is a common practice to spice up the look of parks, driveways even walls. Aeroblast Abrasive Blasting commonly sandblasts concrete driveways for a number of reasons. Sandblasting driveways can remove the sealer, remove paint and expose the aggregate.

Commonly timber Abrasive grit blasting takes place in old warehouse type buildings where the wooden roof has been damaged by fire, painted or stained, this process will rebirth the timber, making it look even better than it did new! Aeroblast Abrasive Blasting uses no harsh chemicals in their timber blasting process to ensure the wood is not damaged.

Mobile Abrasive grit blasting old pools will remove any type of coating be it paint or marble-sheen in a time effective manner, preparing it for painting, tiling or even pebbling. Grit blasting pools will etch or key the surface to assist in providing a stronger bond when applying the new interior be it paint, tiles or pebbling. 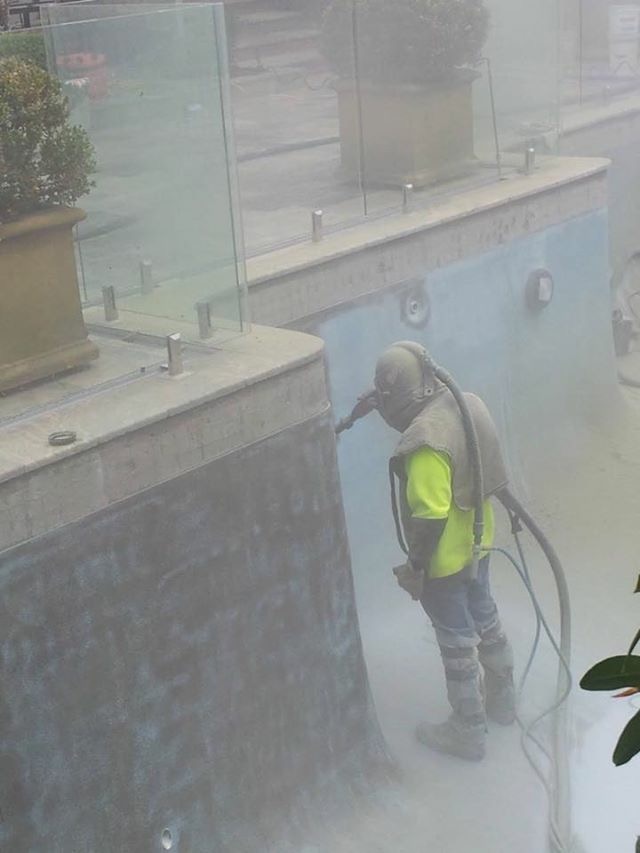 Aeroblast abrasive blasting sandblasts steel to all Australian Standard surface specifications to assure that correct coating application will take place. Sandblasting steel will remove any coating applied to the surface and rust leaving a clean metal finish. Abrasive Grit Blasting will achieve any surface profile required for any job using the right equiptment and blast  media.